I took part in two itch.io jams at once: 101 Hour Jam #2 as well as MiniJam 54. And I had a brilliant innovative idea (to say humbly lol).

All of the graphics in my game were hand drawn. Literally, even without a tablet!

I decided to draw on paper with a marker to have that wobbly effect which resembles Ed, Edd ‘n’ Eddy or Don Hertzfeldt’s animation, so each sprite was drawn 3-5 times.

This approach took somewhat of a work and I had little time to do the actual game but I was satisfied with the results. The character was from an idea for a cartoon I had… 13 years ago. So it was close to the actual theme of MJ54. 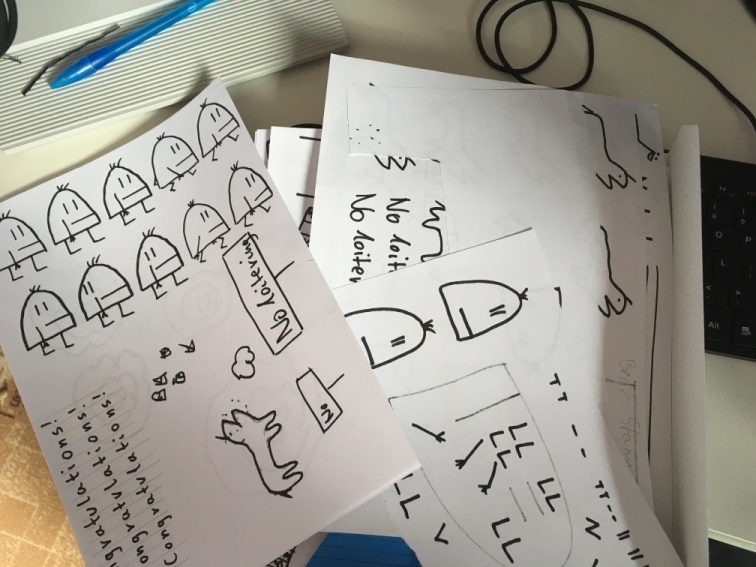 In the next jams I plan to continue experiments with that style or some other photographic assets.

And the idea for the dog was stolen from dem3000

By continuing you agree for the cookies to be stored in your browser and that your computer will use energy to browse this website. Also remember carbon footprint and to eat your vegetables.